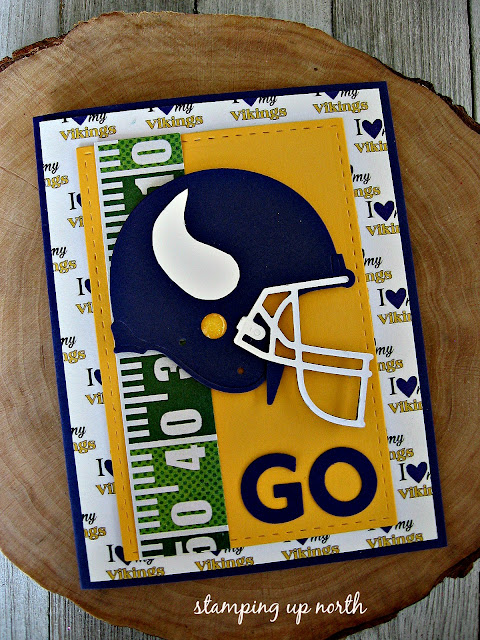 Today I'm guest designing over at The Male Room. Yay!

The theme is, "Sport/Winter Olympics."

Since I'm a Minnesota girl, I made a couple of Minnesota Viking Football cards. We had a really great season this year, and also hosted the Super Bowl, so much fun!

I started out with some Vikings paper I found at our local craft store, and did some layering. The helmet and letters GO are from Cheery Lynn.

Here's the inside of my card: 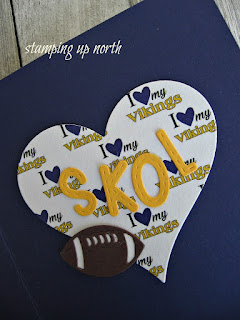 The football and heart are also from Cheery Lynn, and the letters SKOL are cut out from Lil Inker stitched letter dies.

SKOL means cheers or good health. Skal was a bowl that was often filled with beer and shared among friends, and it became a way of saying, "Cheers!"

Actually SKOL is spelled Skal with a circle above the a, or skaal in Norwegian. It just so happens my maiden name is Skaaland, and this is our ancestors village in Norway I hope to visit some day! 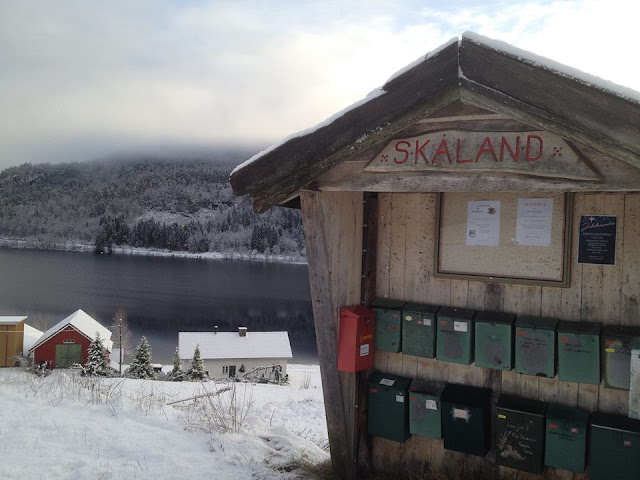 My second card is also made with the same papers and dies: 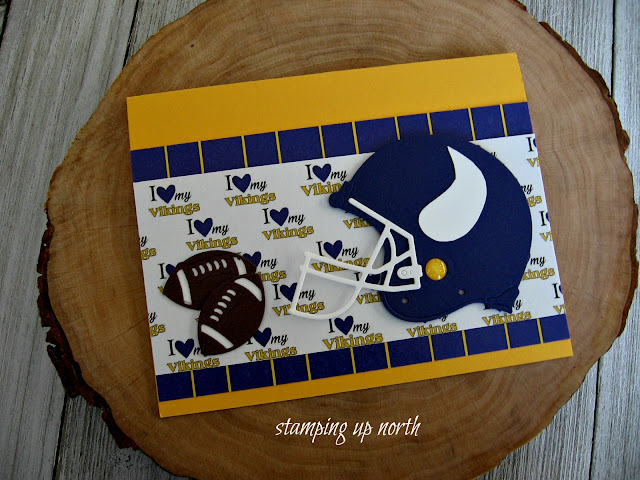 Here's the inside of this card: 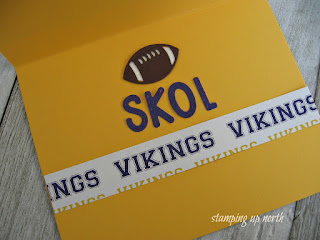 I sure had fun making this Viking card set for The Male Room.
I hope you will join us!

Email ThisBlogThis!Share to TwitterShare to FacebookShare to Pinterest
Labels: all occasion cards

Congrats on your guest design spot!

What fabulous sports themed cards!!! From one northern girl to another (Upper Michigan).

Faith A at Daffodil Cards said...

A true fans card Laurie, I LOVE it. Super dies and papers. Thank you for being a wonderful GDT at The Male Room. Faith DT

I love your Minnesota Vikings card design. I am a fan too and live right next to Minnesota, in fact, only one mile away. Your details on the card are awesome and I love that nice big helmet die. Might have to check into that one for myself. Happy Valentine's Day too!

Love the Vikings card. Having lived in Minnesota for 34 years our son and daughter are huge Viking fans. Thanks for sharing such a cool card.

Way to go with the GD spot, and you've created an awesome card!! I love the history of "skol", too...including your family's link! I hope you do get to visit some time!

Both cards are fabulous. Great papers and colors. Interesting post too.

Wow, you sure rose to the occasion! Awesome and amazing cards! Very masculine and colorful and beautifully designed. I love the photo of your ancestors' village. Looks very chilly, but maybe a lot like Minnesota. Someday I hope to visit there -- Minnesota, that is. Pretty sure I'll never make it to Norway. Is that a post office of sorts?

As a fellow Minnesotan and a Vikings fan, I so love your cards! I'm of Norwegian ancestry too and would love to visit. My grandparents were named Ole and Ingeborg...people laugh, but they are the true names. I don't know where they came from in Norway and sadly all my parents and aunts and uncles are gone now too. Sigh.

What fabulous American Football cards, they are brilliant.
Thank you for joining us at Simon Says Stamp Wednesday Challenge.
luv
Debby

I think both your cards are absolutely fabulous! Love the die cut helmet and that paper is just perfect. Great work. Thank you so much for being our Guest Designer. I'm so sorry to be so late commenting, Deborah, DT.